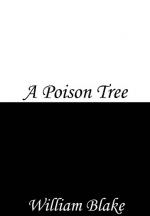 Poet, painter, engraver, mystic, and visionary, William Blake was born in London on November 28, 1757. His parents, James and Catherine, ran a hosiery shop and were political radicals and religious Dissenters. They opposed the tenets of the Church of England and the policies of the English monarchy, such as the war against the American colonies. They believed in the personal, mystical revelation of the Divinity through scripture and in following the dictates of conscience. Throughout his life, Blake's own interpretation of scripture; actual visions of the nonmaterial world; and a dedication to political, religious, and sexual liberty formed the foundations of his beliefs and served as the cornerstones of his work.

Blake's parents did not send him to school but allowed him to wander through the streets of London and the outlying woods. Nevertheless, Blake was not uneducated. From childhood, he read works...