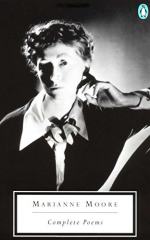 T. S. Eliot published his first collection of verse, Prufrock and Other Observations in 1917. Eliot was the major poetic voice in America during the first half of the twentieth century.

In 1925, F. Scott Fitzgerald wrote The Great Gatsby, widely considered to be the great American novel. This was just a few years after Moore published "Poetry."

Moore's collection of essays Predilections, published in 1955, contains essays on major poets such as Wallace Stevens, William Carlos Williams, and Ezra Pound, and Moore's own idiosyncratic views on poetry and nature.

Moore alludes to William Butler Yeats's 1903 book, Ideas of Good and Evil, which contains essays on the poets Percy Bysshe Shelley and William Blake as well as essays on magic and mysticism.