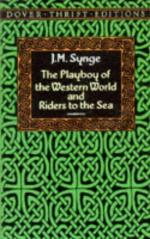 The Playboy of the Western World Characters

Jimmy is a forty-five-year-old "amorous" villager who flatters Pegeen when he visits the pub. He and his friend Philly represent the voice of the villagers as they respond to Christy's story. Jimmy's praise of his actions helps build Christy's confidence and create his mythic stature in the community.

A jovial publican, the good-humored Michael James allows his daughter to run the pub with a strong hand. Like the other villagers, Michael James initially regards Christy as a hero, but as soon as the truth is discovered, he is one of the first to call for his hanging.

Pegeen, a young, attractive woman of twenty, runs the pub for her father. Though Pegeen complains bitterly about being left alone at night, her strength of character and quick tongue suggest she is capable of taking good care of herself. At the beginning of the...