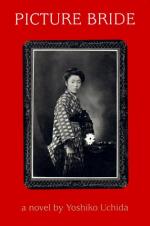 Yoshiko Uchida
This Study Guide consists of approximately 46 pages of chapter summaries, quotes, character analysis, themes, and more - everything you need to sharpen your knowledge of Picture Bride.

•  Today: Japanese Americans are not singled out in the U.S. Census. They are grouped under a general category of people who are of Asian descent. There are about 7 millions Asian Americans living in the United States. The majority live in New York, California, and Hawaii.

•  1940s: About 120,000 Japanese American citizens living along the West Coast are sent to internment camps following the 1941 Japanese attack on Pearl Harbor for what the government calls security reasons.

•  Today: Many Arab Americans in the United States are detained by the U.S. government for what are termed security reasons after the terrorist attacks of September 11, 2001. From 2002 through 2006, approximately five hundred Muslims...

More summaries and resources for teaching or studying Picture Bride.