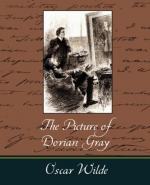 The Picture of Dorian Gray Characters

Oscar Wilde
This Study Guide consists of approximately 27 pages of chapter summaries, quotes, character analysis, themes, and more - everything you need to sharpen your knowledge of The Picture of Dorian Gray.

Alan Campbell is a former close friend of Dorian Gray. The friendship lasted for eighteen months and ended for unknown reasons. After the split between the two men, Campbell became melancholy and gave up playing music, which had been his delight. After he murders Basil, Gray summons Campbell, who is an expert in chemistry, to dispose of the body. Campbell agrees to do it only after Gray indicates he will blackmail him if he does not cooperate. Campbell later commits suicide by shooting himself in his laboratory.

Lord Fermor is the uncle of Lord Henry Wotton. He is a bachelor and former diplomat who devotes himself to what the narrator describes as "the great aristocratic art of doing absolutely nothing." He informs Lord Henry about Dorian Gray's family background.

Dorian Gray is twenty years old when the novel begins. He is the grandson...

The Picture of Dorian Gray from Gale. ©2005-2006 Thomson Gale, a part of the Thomson Corporation. All rights reserved.