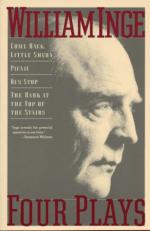 1953: The article "Cancer by the Carton" is published in Reader's Digest. It warns the public of the health hazards of smoking cigarettes.

Today: Evidence surfaces that tobacco companies have known for many years about both the health risks and addictive nature of cigarettes. Many states sue tobacco manufacturers for heath care costs incurred in treating sick smokers. A settlement that will reach into the billions of dollars is reached.

1953: Playboy magazine begins publication with a nude photograph of Marilyn Monroe. Conservative groups are shocked by this wanton display and predict the end of traditional American values.

Today: Nudity and sex are no longer topics that generate much controversy. Magazines, such as Playboy have been eclipsed by nudity in film and on the internet. Many conservatives still contend that the quality of American life has been reduced by such open displays of sexuality.