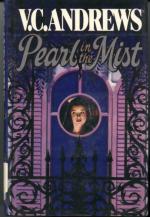 Virginia C. Andrews
This Study Guide consists of approximately 44 pages of chapter summaries, quotes, character analysis, themes, and more - everything you need to sharpen your knowledge of Pearl in the Mist.

Pearl in the Mist Summary & Study Guide includes comprehensive information and analysis to help you understand the book. This study guide contains the following sections:

This detailed literature summary also contains Topics for Discussion on Pearl in the Mist by Virginia C. Andrews.

A year before the novel begins, Ruby Landry Dumas discovers her father lives in New Orleans and so she leaves her home in an impoverished Cajun bayou community to be reunited with him. Although Pierre Dumas is thrilled to have his daughter in his life, his wife Daphne is not so enthusiastic. After a dramatic year full of scandal, Mr. Dumas decides to send Ruby and her twin sister, Giseselle, to a private girls' school near Baton Rouge called Greenwood.

Sad to leave her boyfriend Beau, Ruby acquiesces quietly to her father's decision, while Gisselle complains the whole way to Greenwood. Life at Greenwood isn't perfect for Ruby: Gisselle tortures her with problems while trying to force Ruby to demand their father bring them back to New Orleans. The school principal, Mrs. Ironwood, discriminates against Ruby because of her "low class" Cajun roots and because Ruby inadvertently befriends Mrs. Ironwood's blind cousin Louis, heir to their family fortune. But Ruby finds comfort in a new friend Abby, who also has a mysterious past (Abby is one quarter black) and her art teacher mentor, Miss Stevens, who encourages Ruby's passion for painting. But life continues to throw trials at Ruby: Gisselle discovers Abby's secret and announces her mixed blood status to the school, resulting in Abby's expulsion. Louis reveals dark, incestuous secrets to Ruby, who pities him and fears he is falling in love with her. Mrs. Ironwood finds tiny ways to punish Ruby for crimes she did not commit. And then Mr. Dumas abruptly dies.

Life gets harder with Daphne in charge of Ruby and Gisselle's destinies, and she promises harsh punishment if either of them stray from her extreme control. Daphne does her best to keep Ruby from Beau, enraged by their sensual relationship. Upon returning to Greenwood after their father's funeral, Ruby unexpectedly faces expulsion when a teacher accuses her of an affair with the school's groundskeeper. Ruby narrowly escapes her fate when Louis rushes in as her alibi. Ruby is shocked to discover the crime was actually committed by Gisselle who has secretly regained the use of her legs, although she continues to feign helplessness in order to get her way.

Home for Christmas, Ruby and Gisselle are surprised by Daphne's sudden generosity. They learn Daphne is basically bribing them into a truce: she intends to marry their father's former business partner and wants the family to present a united front to New Orleans' upper crust. Disgusted by the lies and manipulations of her supposed family, Ruby finds solace in Beau, making love to him several times. The twins' truce with Daphne lasts only until Gisselle's New Year's Eve party gets out of hand and destroys the house. Despite Gisselle's "miraculous" recovery and pleas to stay in New Orleans, Daphne spitefully sends them back to Greenwood.

Ruby is resigned to being at Greenwood until she learns Miss Stevens has resigned amid rumors of a lesbian affair with a student. These rumors turn out to be allegations Ruby believes that Gisselle started. But Ruby doesn't have too long to worry about Miss Stevens before she discovers she is pregnant. Mrs. Ironwood gleefully sends her back to New Orleans for good. Daphne, enraged that Ruby got pregnant when she herself is infertile, and concerned only for the purity of the family name, sends Ruby out of town for a shady, illegal abortion. But Ruby cannot go through with it and runs away, back to her childhood home in the bayou.

Ruby is welcomed back into her home community of Houma with open arms. In particular, her half brother Paul is elated to see her: the two were almost romantically entangled before they discovered the true nature of their relationship. Paul still loves her and would gladly marry her, but Ruby is determined to take care of herself. After her daughter Pearl is born during a wild hurricane, Ruby decides to trust herself to make the right choices for her new little family.

More summaries and resources for teaching or studying Pearl in the Mist.

Pearl in the Mist from BookRags. (c)2022 BookRags, Inc. All rights reserved.