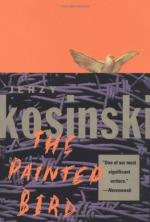 1926: Joseph Stalin becomes dictator of the Soviet Union. His reign of terror lasts for close to three decades.

1991: On December 17, President Mikhail Gorbachev orders the dissolution of the Soviet Union, and a new Commonwealth of Independent States is formed by the countries that formerly made up the USSR.

1947: The socialization of Poland begins with the election of Boleslaw Beirut, a Communist Pole and citizen of the USSR.

1989: Lech Walesa is one of the architects of Solidarity, the first independent trade union in a Communist country. After months of labor unrest that threaten the stabilization of Poland's economy, the Polish government does not block the creation of Solidarity.