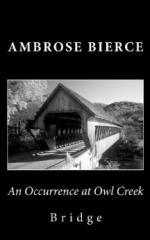 1860s: After the Civil War, the United States officially abolishes slavery in 1865 with the 13th Amendment to the Constitution.

1890s: Jim Crow laws, which permit and encourage racial segregation, are enacted in Alabama, Arkansas, Georgia, and Tennessee in 1891.

Today: While racism still exists in the United States, institutional segregation and racial discrimination are illegal.

1860s: The American Civil War is fought over whether the individual states or the federal government should have paramount political power.

1890s: The Populist Party, a rural protest against the power of the railroads and banks which seeks to radically change the nation's currency system, polls 22 percent of the vote in the 1892 presidential election.

Today: The militia movement in the American 1 West questions the authority and legality of the federal government.

1860s: The Central Pacific Railroad is chartered to build the western section of a transcontinental railroad.