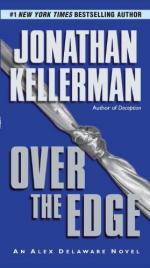 Over the Edge Themes

Influence of Money and Revenge on Family

The influence of money and revenge on the family dynamic is a common theme for murder mysteries. The motivation for murder is usually revenge, money, or power and in Over the Edge all three play a part in the story.

Decades before the murders occurred, Black Jack and Souza are friends. Souza is dating Antoinette, but she is then swept off her feet by the richer and charismatic Black Jack and marries him. Souza still acts like the best friend but is jealous of his friend's business and romantic success. Serving as Jack's right-hand man and lawyer, he plots the family's downfall.

When Jack dies and subsequently his son Peter dies as well, the nice, "good" but weak son, Dwight takes over the family business and raises Peter's son, Jamey. Peter had fifty-one percent of the business and Dwight forty-nine, so Jamey...