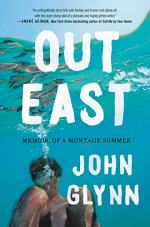 Get Out East from Amazon.com
View the Study Pack
Study Guide
Order our Out East Study Guide

John Glynn
This Study Guide consists of approximately 38 pages of chapter summaries, quotes, character analysis, themes, and more - everything you need to sharpen your knowledge of Out East.

Out East Summary & Study Guide includes comprehensive information and analysis to help you understand the book. This study guide contains the following sections:

This detailed literature summary also contains Topics for Discussion on Out East by John Glynn.

The following version of the book was used to create this study guide: Glynn, John. Out East: Memoir of a Montauk Summer. Grand Central Publishing, 2019. Amazon Kindle Ebook.

John Glynn is a 20-something who lives in Manhattan and works in publishing. He has a large group of friends and a supportive family, but he often feels anxious and consumed by loneliness and dark thoughts. He wants to have a meaningful romantic relationship but feels unlovable and unworthy because, at a time when many of his friends are getting engaged and settling down, he has never experienced that kind of love. After the loss of his beloved grandmother and a dangerous car accident, John feels that there has to be something more to his life. At the urging of his good friend Mike, and with the help of some inheritance money from his grandmother, John signs up to be part of a share house in Montauk called The Hive.

At The Hive, John expands his circle of friends and forms close bonds with his fellow housemates. They are all 20-somethings living in Manhattan. Like John, many of the housemates are going through personal struggles and challenges that are often hidden under their fun-loving exteriors. Drinking and partying is a big part of their time in Montauk, as is the perpetual search for romantic and sexual connections, all with the hope of falling in love and developing a meaningful long-term relationship. Of all his new friends at The Hive, John connects with no one more strongly than Matt. Their mutual connection is immediate and they spend a lot of time together deepening their friendship and confiding in one another. Matt is gay but John has always identified as straight. However, as the summer progresses, John realizes that his feelings toward Matt are not limited to friendship.

John's feelings for Matt prompt him to question and explore his sexuality internally. He realizes that he has deep romantic feelings for Matt, but is not sure what that means for his identity or his sexuality. He wants to confide in his friend Mike, who is also gay, but it takes a while for John to muster up the courage to do so. Meanwhile, the weeks of the summer are passing by, full of partying, drinking, and beach-going in Montauk. Halfway through the summer, John learns that Matt has a new boyfriend. Still, with the support of Mike and another friend Ashley in whom he has confided, John maintains hope that Matt's new relationship will not last and that there is still a chance for the two of them to get together. On the surface, Matt and John remain friends, but their bond continues to deepen as they confide in one another and grow closer.

During the last weekend of the summer, Matt and John almost kiss and John finally opens up to Matt about his feelings for him. Matt acknowledges their shared connection and admits that he would be interested in exploring things if he were not already in a relationship. However, he is committed to his new boyfriend and is hesitant to get into a relationship with someone who is still in the process of coming out. John is understanding but heartbroken. Over that fall, he deals with processing that heartbreak and also decides to come out to his family and other friends who are all supportive and loving. By Christmas, John is dating other guys and feels much more hopeful about the possibility of having a meaningful long-term relationship in the future. At a Christmas party, a connection sparks between him and a man he has just met, and there is even more hope for the future of his new connection.

More summaries and resources for teaching or studying Out East.

Out East from BookRags. (c)2022 BookRags, Inc. All rights reserved.