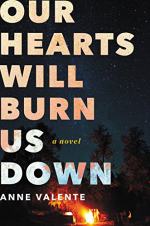 Our Hearts Will Burn Us Down Summary & Study Guide

Anne Valente
This Study Guide consists of approximately 65 pages of chapter summaries, quotes, character analysis, themes, and more - everything you need to sharpen your knowledge of Our Hearts Will Burn Us Down.

Our Hearts Will Burn Us Down Summary & Study Guide Description

Our Hearts Will Burn Us Down Summary & Study Guide includes comprehensive information and analysis to help you understand the book. This study guide contains the following sections:

This detailed literature summary also contains Quotes and a Free Quiz on Our Hearts Will Burn Us Down by Anne Valente.

The following version of this book was used to create this study guide: Valente, Anne. Our Hearts Will Burn Us Down, William Morrow-HarperCollins Publishers, 2017.

Valente opens her debut novel with a look back on the events that shape the rest of the story: the school shooting at Lewis and Clark High School and the house fires that followed. She introduces the students of the school most involved in the shooting, the gunman and his victims, along with the four main characters who are tasked with capturing the events for the school year book. Christina, Matt, Nick, and Zola are the four juniors in charge of creating the yearbook as a tribute to the graduating class who have to try to process the tragedies that occur during the year.

On October 8, 2003, Caleb Raynor kills 28 students, two teachers, the principal, and one administrator. No one is able to determine his motive after his suicide, but each character is left to try to make sense of this terrible act in his wake. School is cancelled for the next week so that the police can investigate and everyone else can take time to process and grieve. The personal relationships of each of the four members of the yearbook team become strained as the students who survived the massacre attempt to move on with their lives. Parents of the students become extremely protective of their children, frustrating them.

Days after the shooting, the house fires start. The families of the students killed inside the school are burned to death in their homes with no explanation and no clues to who set the fires. The community, not yet numb to tragedy, is in shock. The funerals for those killed begin and Valente explores their impact on Matt, Christina, Nick, and Zola.

Every couple of days another fire kills more families. Matt and his father, a forensic investigator for the St. Louis Police Department, begin to discuss the evidence of the cases as Matt is unable to focus on anything else. No one is able to figure out what is causing the fires or why. The four kids on the yearbook team start thinking of ways to put together the memento that summarizes the year for all of the students, drafting memorials for those slain in the shooting and researching what might be causing the fires. They remember the value of their friendship and learn how to lean on each other for support again.

As the fires continue with no hope of catching the culprit behind them, school is reopened in a different building so that the students may have enough days to complete the year. No one is ready to go back, but everybody welcomes the distraction. After a fire occurs with school back in session, grief counseling becomes mandatory for all students. Nick and Zola in particular use their sessions to gain some perspective of the events. By sharing his interest in the investigation with his father, Matt grows closer to him.

Eventually, everyone is able to move past what happened. In the end, every family of a student killed during the shooting was burned to death in a house fire. No motive for the shooting was ever discovered and no evidence from the fires ever pointed to a motive or the culprit. The novel ends with Valente giving the reader a recounting of Caleb’s route through the school during his rampage while the characters are enjoying their homecoming dance and moving on with their lives. Though they are never given closure to the tragedies they endured, life moves on, with only the yearbook to serve as a reminder of what they endured.

More summaries and resources for teaching or studying Our Hearts Will Burn Us Down.

Our Hearts Will Burn Us Down from BookRags. (c)2022 BookRags, Inc. All rights reserved.