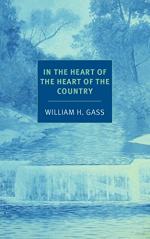 William Gass
This Study Guide consists of approximately 21 pages of chapter summaries, quotes, character analysis, themes, and more - everything you need to sharpen your knowledge of Order of Insects.

This detailed literature summary also contains Quotes and a Free Quiz on Order of Insects by William Gass.

The following version of this story was used to create this study guide: Gass, William. “Order of Insects.” In the Heart of the Heart of the Country. New York: New York Review of Books, 2015. 163 – 171.

The story is narrated in the first person and the past tense by an unnamed married woman. She lives in a house with her husband, her children, and the family cat. They recently moved from a previous residence that was deeply unsatisfactory and infested with multiple types of insects. In the new house, the only issue was that, every morning, the woman would find dead bugs on the carpet. She assumed that the cat must have been killing them. She vacuumed the carpet each morning and was disgusted by the bugs. However, she soon found the specific elements of the bugs’ anatomy and physiology to be rather intriguing. She began to study the bugs, and she found that the study of insects was quite interesting.

She began to save the bug carcasses in typewriter-ribbon tins instead of vacuuming them. The woman states that she is very interested in how the exoskeletons remain after a bug’s death, while the interior soft tissues deteriorate. She likes this process to an immortal soul leaving the bugs’ bodies. The woman began to closely study the bodies of the bugs, closely examining the different facets of their anatomy and manipulating their various body parts in order to study how they moved. The woman comments on how she often feels fearful and anxious amidst her many household responsibilities, and these anxieties may have contributed to her original revulsion towards the dead bugs on the carpet.

The woman states that she loves the sense of order as presented by the bugs’ bodies. She sees in the bodies a clear union between form and function. She had always thought life to be defined by turmoil and confusion, but the bugs have shown her a new perspective. The woman has since become fascinated with all types of insects, as well as similar creatures like arachnids and worms. She studies and observes them passionately, and her husband is supportive of her new interest. Sometimes, the woman fantasizes about leaving her family and her stressful domestic life in order to give herself fully to her new interest. However, she still sees being a housewife as essential to her identity, and she does not want to leave her husband and children.

More summaries and resources for teaching or studying Order of Insects.