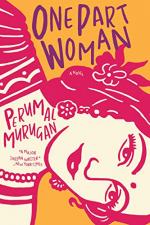 This detailed literature summary also contains Quotes and a Free Quiz on One Part Woman by Perumal Murugan.

The following version of this book was used to create the guide: Murugan, Perumal. One Part Woman. Black Cat, 2010.

In One Part Woman, Kali and Ponna have been married for 12 years without being able to conceive. Tired of their family and community's pressure to have a child, Kali and Ponna have avoided spending time with their parents. After many years of pressure, however, the two decide to visit Ponna's parents during one of the weeks of the chariot festival.

The novel begins with Kali sleeping under the portia tree he planted outside his in-laws' home shortly after marrying Ponna. While he rests on the cot, Ponna cooks him food, and Kali's mind wanders deep into his past. Looking at the healthy portia tree, Kali wanders why he and Ponna have still been unable to conceive. He remembers the litany of rituals, ceremonies, and spiritual feats he and Ponna have performed in an attempt to appease the gods and become fertile.

Though Kali loves and continues to desire his wife despite these struggles, he still wishes they could have children so their reputations in the village would be restored. Because everyone believes a man should impregnate his wife within the first months of marriage, Kali's former friends begin calling him impotent, stripping him of his honor, and causing him to retreat to the solace of his property and barn.

Before his marriage to Ponna, Kali was known for his frequent wanderings and spirited nature. His love for Ponna, as well as increasingly poor reputation in town, however, draws him away from his old wild habits. Though he was often lazy as a child, Kali's married life makes him devoted to his land and livestock. Cultivating his property allows Kali to validate himself, and his impressive barn quickly becomes the envy of everyone in town. While lying on the cot at his in-laws', Kali thinks of his barn, wishing he were there, or that he could go out to the forest with his brother-in-law Muthu to feel more settled.

Ponna similarly struggles to deal with the incessant pressures of her family and community. Instead of ignoring the taunts of her peers and mother, Ponna often lashes out. While Kali hides himself away to escape the shame of their barrenness, Ponna engages in verbal combat, attempting to defend herself through immediate confrontation.

Because all of Kali and Ponna's efforts to conceive have failed, their family begins to urge them once again to either consider a second marriage, or to send Ponna to the eighteenth day of the festival so she can find another man with whom to procreate. The latter half of the novel features the battle between the couple's desire to remain faithful to one another and their longing to start a family. Desperate for his sister and brother-in-law to have a better life, Muthu intervenes. He tells Ponna to go to the festival, and covers for her by taking Kali deep into the fields and groves to distract him. While in the grove, Kali becomes more at peace with the idea of never having children, attempting to adopt the unconventional life his Uncle Nallayyan assures him is best. Meanwhile, while at the festival, Ponna decides to sleep with another man in an attempt to have a child, deciding it is her last remaining option for conception.

In the final moments of the novel, Kali wanders back to his home, desperate to be reunited with his wife. At the festival, Ponna retreats into the crowd with the man with whom she has chosen to sleep. When Kali discovers his wife has gone to the festival against his will, he resorts to angry despair, believing his wife unfaithful and deceitful.