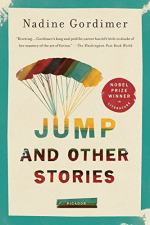 Once Upon a Time - Section 1 Summary & Analysis

Once Upon A Time is a short story set during the apartheid era in South Africa. It tells the story of a husband and wife as they attempt to fortify their property against criminals, with tragic consequences.

The story opens with an address directly to the reader from an unnamed narrator, who is also the author of the story. The narrator explains that they recently received a letter from someone suggesting that every writer should write something for children, a suggestion the narrator initially bristled at.

Then, one night, the narrator was woken up by a sound in their home. The narrator worried that their home was being burgled and thought about recent crimes that had been committed in the neighborhood. The narrator eventually realized that there was no one breaking into the house. Instead, the noise was being caused because of where the...

(read more from the Section 1 Summary)

Once Upon a Time from BookRags. (c)2023 BookRags, Inc. All rights reserved.