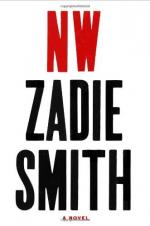 Zadie Smith
This Study Guide consists of approximately 69 pages of chapter summaries, quotes, character analysis, themes, and more - everything you need to sharpen your knowledge of NW.

NW is a novel by author Zadie Smith. The story follows the lives of several characters who grew up in and live in the NW neighborhood of London. The main character in the first part of the novel, "Visitation," is Leah Hanwell, a white Irish girl living in NW with her parents. Leah has a doting mother, Pauline, and her best friend growing up is Keisha. She eventually marries Michel, who hails from Guadeloupe and who proves to be a caring and loving husband. However, unlike her husband, who pines for children, Leah does not want to have children. She begins taking contraceptives without telling her husband so that she cannot get pregnant. At the end of the novel, Michel finds Leah's pills and worries that his wife does not love him.

The second part of the novel, "Guest," tells the story of Felix, a man living in the same neighborhood Leah and Keisha grew up. Felix is a former alcoholic and drug-user trying to get clean. In his section, Felix buys a car, breaks up with his coke-addicted mistress, and makes plans to settle down with Grace, a woman who inspires him to be more positive and proactive about life. On the Tube, Felix gives up his seat for a pregnant woman and later that evening, two armed men rob and shoot him dead.

The third part of the novel, "Host," follows Leah's best friend, Natalie Blake. Natalie Blake, who was born Keisha and changes her name in university, comes from the same neighborhood as Leah. However, while Leah's family is rather stable, Keisha's family makes poor financial and family planning decisions. Keisha is intelligent and gets into a good university and later a good law school. She marries Francesco De Angelis, a light-skinned Italian man from a relatively wealthy family. She and Frank have two children together. Natalie, too, however, is leading a secret life of her own. Even with all of her success, she yearns for a different life, which causes her to respond to personal ads where couples are seeking a third sexual party. At the end of the novel, Frank discovers the online account that Natalie has been using to meet couples.

The fourth part of the novel, "Crossing," describes a distraught Natalie's return to Caldwell, where she grew up. There, she meets Nathan Bogle, who went to the same high school she did. Nathan is now a junkie and runs some kind of operation out of the number 37 house on Leah's street. Nathan convinces Natalie not to jump off the bridge. In the final part of the novel, "Visitation" once again, Natalie goes to visit Michel and Leah, who are fighting over the issue of having children and Leah's deception and dishonesty. The novel ends with Leah and Natalie calling the Kilburn Police Station with what they perceive to be information about Felix's murder. They believe Nathan Bogle is a possible person of interest.

More summaries and resources for teaching or studying NW.