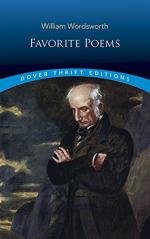 William Wordsworth
This Study Guide consists of approximately 17 pages of chapter summaries, quotes, character analysis, themes, and more - everything you need to sharpen your knowledge of Nutting.

This detailed literature summary also contains Quotes and a Free Quiz on Nutting by William Wordsworth.

William Wordsworth’s “Nutting” is a blank verse lyric poem that blends memories of youth with imagery of nature in a self-contained narrative arc. The poet originally composed the work during a trip to Germany in the late eighteenth century, officially publishing it in 1800 in the second edition of Lyrical Ballads. The poem was originally intended to be part of his autobiographical magnum opus, “The Prelude,” however Wordsworth decided to publish the piece as its own standalone text. Much like “The Prelude,” “Nutting” is both an introspective and retrospective look into the mind of the great English Romanticist.

“Nutting” begins as the speaker of the poem invokes a childhood memory of setting out one morning with a nutting-crook to go harvest hazelnuts in the forest. As they journey through the woods, the speaker stumbles upon an untouched bower, pristine in its paradise-like beauty. The young speaker revels in the serenity of the bower as if it were a mythical realm. Suddenly, however, they are overcome by their inherent greed and inborn hunger as they drag down the branches of the hazel trees all around them, bringing their boughs crashing to the ground. Both in the past and the present, the speaker expresses great shame for what they have done, concluding the poem with a message of caution to always tread gently through the woods, for there is a spirit who lives within it.

More summaries and resources for teaching or studying Nutting.