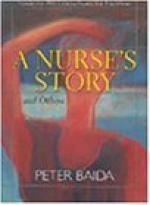 Introduction & Overview of A Nurse's Story

Peter Baida
This Study Guide consists of approximately 40 pages of chapter summaries, quotes, character analysis, themes, and more - everything you need to sharpen your knowledge of A Nurse's Story.

Peter Baida’s “A Nurse’s Story” was published in the Gettysburg Review in 1998. The story met with critical acclaim, was awarded first place in the O. Henry Short Story Award competition in 1999, and was reprinted as part of the anthology affiliated with the award. It was reprinted again in 2001 as the title story of the posthumous collection A Nurse’s Story and Others. Within the complicated but delicately managed episodic structure of “A Nurse’s Story,” Baida tells the story of Mary McDonald, who is dying of cancer. Interwoven with Mary’s story is the story of the town, Booth’s Landing, in which collective histories and personal memories intermingle. There is the story of nurses and of the nursing profession, which is fraught with political and ethical frustrations. Finally, the story hints at the feminist movement of the 1960s, during which women came together to initiate social and professional changes. In telling “A Nurse’s Story,” Baida brings to the surface a series of philosophical questions, which resist easy answers or familiar platitudes, demanding instead that readers think about the world in which they live and the lives that they nurture.

More summaries and resources for teaching or studying A Nurse's Story.