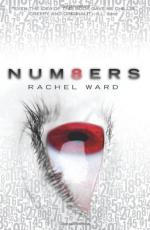 Rachel Ward
This Study Guide consists of approximately 34 pages of chapter summaries, quotes, character analysis, themes, and more - everything you need to sharpen your knowledge of Numbers.

This detailed literature summary also contains Topics for Discussion and a Free Quiz on Numbers: Book 1 by Rachel Ward.

Jemma Marsh, known to her friends as Jem, is fifteen years old and living with a foster mom, Karen, when she meets a young black boy named Terry, know to his friends as Spider. Jem initially tries to stay away from Spider because she sees numbers associated with every person with whom she makes eye contact. These numbers represent the date, month and year of that person's death. Jem already knows that Spider is going to die in just a few months. However, Spider is so engaging that Jem finds herself accepting an invitation to his house. There she meets his grandmother, the only family Spider has, who sees auras and immediately recognized Jem as a kindred spirit, though she doesn't initially realize the depth of Jem's gift.

Jem and Spider begin spending a great deal of time together and Jem finds herself liking him more and more. One day Jem gets caught up in an altercation at school and is caught with a knife. She's in trouble and goes to Spider to escape the situation at home. She and Spider spend the day in town, and that evening they are at an amusement park with a huge Ferris wheel, the London Eye. While waiting in line, Jem realizes all the people there have the same number and that something is going to cause their deaths at the park. She urges Spider to run away, and they are nearby when a bomb explodes, killing several. It's an apparent act of terrorism. Some people remember Jem and Spider running away before the explosion. Jem and Spider are then on the run from the police.

Jem discovers that Spider has money he's stolen from a local thug, meaning his life is in danger as well. Meanwhile, the date of Spider's death comes closer as Jem and Spider fall in love. They have sex, the first time for each, and try to figure out a way to escape their current situations.

Spider is captured and Jem finds sanctuary in a church. There is there a great deal of attention focused on Jem and she comes to realize that other people are hurting and nearing their deaths as well. When she makes a deal with police, Spider is brought to the church, but Jem learns they aren't going to be released as she'd hoped. Jem comes to believe that her death would put an end to the numbers and that Spider's fate might be changed with her death. She climbs to the church roof intending to jump but hesitates. Spider talks her out of it, saying he's prepared to die with her. Jem agrees to get down and she does, but Spider falls to his death, on the date Jem had seen in his eyes.

Jem is hospitalized for some time after that, and when she's released she discovers she's pregnant. Soon after Spider's death, she no longer sees the numbers. Five years pass and she focuses on being a mother to her son, Adam. Adam is often in trouble, and one day Jem is called in to talk to the teacher. When she sees a picture drawn by Adam with some unintelligible scribbles on it, Adam explains those are his mother's special number, indicating he's inherited her gift.

More summaries and resources for teaching or studying Numbers: Book 1.