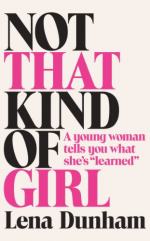 Not That Kind of Girl Summary & Study Guide

Not That Kind of Girl Summary & Study Guide Description

Not That Kind of Girl Summary & Study Guide includes comprehensive information and analysis to help you understand the book. This study guide contains the following sections:

This detailed literature summary also contains Topics for Discussion on Not That Kind of Girl by Lena Dunham.

“Not That Kind of Girl” by Lena Dunham is a memoir about Lena’s life thus far; she is only 28 and has many years to go and other memoirs to write. Her book is her life up to date. Lena ultimately became an accomplished writer, actress and director. She is the creator of the highly acclaimed HBO series, “Girls.” Lena Dunham is the first female to win the Directors Guild of America award for highest achievement by a director in comedy. She won Golden Globes, one for best actress in a comedy. She’s been nominated for eight Emmys.

The acclaim and praise that Lena earned is at the end of this book. Lena tells the story of the circuitous route of the life that lead up to all that success and achievement. Being a comedy writer, it is not surprising that Lena tells her story with a great deal of self-deprecating, introspective and biting humor. Lena struggled with a lack of self-esteem most of her life – she still deals with remnants of it. She was born and raised in SoHo and her parents were both artists. Lena was introduced to the world of art at a young age. The family spent many hours at the museums around New York City.

From a young age Lena felt different, that she didn’t belong and that no one liked her. Lena was right; she was very different. Like many gifted children Lena found it difficult to fit in. A teacher sensed what she was going through and encouraged her to follow her natural talents. In the fifth grade she was already a good writer. He told her not to worry about the other kids. The teacher had a good influence on her until he made sexual advances toward her which turned out to be a microcosm of her adult experiences to come.

Lena hated school until she was enrolled in a progressive school that focused on creativity. She felt she belonged there but it didn’t prepare her for the real world which she was to experience first at Oberlin College. Lena didn’t apply herself in college and was combative with the creative writing teachers who were not impressed with her talents. She later regretted that she hadn’t taken advantage of her college years and actually learned something. She came back later to lecture as a celebrated writer and felt real regret when she walked around campus recalling some of her most humiliating moments.

Lena did not feel especially attractive or appealing to the opposite sex because her experiences had taught her that. She started gaining weight after junior high and struggled with it ever since. Lena also dealt with a lack of self-esteem that led her to seek love with all the wrong guys – she called them “jerks.” She equated sex with love, believing that having sex with someone she barely knew would lead to true love. Lena had many relationships with men who used and exploited her; she wore her vulnerability on her sleeve.

But Lena survived them all and achieved a level of success that most people can only dream of – including the “jerks” who hurt her, used her and cast her aside.