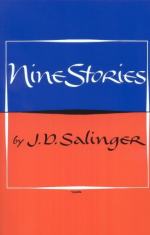 The narrator introduces his account with a kind of dedication to his recently deceased stepfather, Bobby. He speaks kindly of Bobby, regretting that he had not spoken so kindly of him while he was alive.

The narrator's parents divorce in 1928, when he is eight, and his mother is remarried to Bobby, a New York stockbroker. Bobby loses everything in the stock market crash in 1929, but reinvents himself as an art appraiser. The next year, when the narrator is ten, the three of them move to Paris. Nine years later, the narrator's mother dies, and he and Bobby move back to New York, staying at the Ritz Hotel.

His mother's death is traumatic to the narrator, and he finds himself reacting hostilely toward people. He tells off a bus driver in French, and is uncomfortable in the crowded...