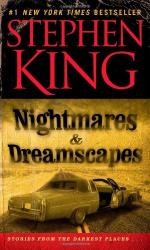 Castle Rock, Maineappears in It Grows on You

Castle Rock, Maine is Stephen King's most famous mythological town. It is located in Castle Country, which is also fictional. Many people believe that the town is based on one of the local towns in Maine, including Durham, which was home to Stephen King for quite some time.

Castle Rock is located less than 40 miles from Portland and just under 200 miles from Boston. The characters in Castle Rock tend to have lived there for many years, such Harley McKissick, John Clutterbuck, Gary Paulson, all of whom appear in "It Grows on You."

Castle Rock is a fairly small town, surrounded with woods, and home to families that have lived in the area for generations. The families are often devoted but suspicious of outsiders which often proves to be wise.

Le Palais is one of the oldest...