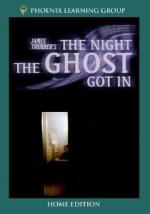 Introduction & Overview of The Night the Ghost Got In

The Night the Ghost Got In Summary & Study Guide Description

The Night the Ghost Got In Summary & Study Guide includes comprehensive information and analysis to help you understand the book. This study guide contains the following sections:

This detailed literature summary also contains Bibliography on The Night the Ghost Got In by James Thurber.

"The Night the Ghost Got In" is a prime example of the storytelling technique of James Thurber, who is widely considered one of the greatest humor writers that America ever produced. It was published in Thurber's 1933 book My Life and Hard Times, a fictionalized account of his childhood in Columbus, Ohio. Like most of Thurber's best works from that collection, the story combines events that are plausible with comic exaggeration and then adds responses that range from exaggeration to deadpan. The characters' inappropriate understanding of their world serves the dual purposes of amusing readers while revealing to them the uneven balances of the human mind.

The story centers on a common situation: the narrator (a first-person speaker, standing in for Thurber as a young man) hears a strange sound downstairs in the middle of the night. He assumes that it is a ghost, but his mother calls the police, who are thoroughly befuddled by the odd characters of the Thurber household and their way of life. By the time it is over, one of the policemen has been shot in the shoulder by the household's senile grandfather, and a local news reporter, told that a ghost is the cause of all the commotion, is left speechless. Since it is a light comedy, there are no serious repercussions in this story, and in the end life goes on in the household just as it had before.

My Life and Hard Times is still in print in paperback, more than seventy years after its first publication. This story is also included in the Library of America volume James Thurber: Writings and Drawings, edited by Garrison Keillor.