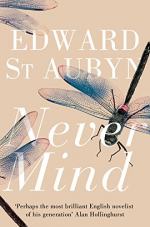 The novel’s main narrative takes place over the course of two consecutive days in the 1960s. The narrative is set in the French village of Lacoste, where the Melrose family has a vacation home. The patriarch of the family is David Melrose, a British, 60-year-old retired doctor. His father was an army general who abhorred gentleness. David is married to Eleanor Melrose, who is about 40 years old and who comes from a wealthy American family. Their child is 5-year-old Patrick Melrose. The Melrose family resides in England when not on vacation. David is generally sadistic, abusive, and mean-spirited, and Eleanor manages the pain of her marriage via heavy consumption of alcohol. Patrick spends much of his free time in Lacoste waling about the grounds and playing make-believe. David is shown to be physically abusive towards Patrick.

Also on vacation in Lacoste is Victor Eisen, a friend of David’s who is a renowned scholar and philosopher. Victor is generally polite, although he sometimes admires David’s contempt for politeness. Victor is joined by his significant other, American journalist Anne Moore. Anne finds David abhorrent and mean. Also visiting Lacoste is Nicholas Pratt, a friend of David and Victor. Nicholas is close in age to David and is from a wealthy, very upper-class family. Nicholas has been married and divorced three times, and he is joined by his new girlfriend, Bridget. Bridget is from a middle-class background, and Nicholas often finds her uncultured and dull. While Nicholas and Bridget travel to France, Nicholas tells her about David and Eleanor’s dysfunctional marriage. Nicholas mentions that Patrick was conceived when David raped Eleanor one day.

Bridget and Anne drive to the airport to pick up Nicholas and Bridget. Meanwhile, David plays piano in the vacation home and thinks with anger and disappointment on various aspects of his past. He sees Patrick and decides to give him a spanking. David then, seemingly on impulse, rapes Patrick. David has never done this before. Patrick is confused and traumatized, and he partially detaches himself from the event as it occurs. David then tells Patrick never to speak of what just happened. David is not sure what motivated him to rape Patrick, but David seems to have no remorse for doing so. Soon, Eleanor arrives back at the house with Nicholas and Bridget, and they all have tea together.

The next day, David, Eleanor, Victor, Anne, and Bridget all prepare to have dinner together at David and Eleanor’s vacation house. Patrick sees an empty champagne glass in his mother’s room and offers to take it downstairs. However, he accidentally breaks it. Fearing his father’s wrath, Patrick stages an accident by throwing himself down the stairs. Eleanor and Yvette respond to Patrick’s cries of pain. Later, while the adults have dinner, Patrick sits on the stairs. Anne sees this and promises to fetch Eleanor for Patrick. However, David is intent on creating emotional distance between Eleanor and Patrick, so he forbids Eleanor from leaving the dining table. Patrick feels abandoned by Eleanor. After dinner, Bridget decides to end her relationship with Nicholas, so she packs her suitcase and leaves. Eleanor feels deeply envious of Bridget’s ability to simply leave.