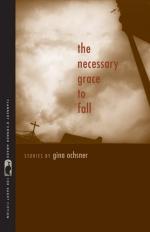 The Necessary Grace to Fall Characters

Carla is Howard's wife. She has an eight-year-old son, Kevin, by a previous marriage, and she works for the same insurance company that employs Howard. She is an aggressive woman who gets angry when Howard is late for dinner and reproaches him for his unreliability when she sees him in an unfamiliar neighborhood when he should be preparing to go to the Y. Howard thinks she maintains a long list of grievances against him, and he secretly fears her.

Howard is the main character in the story. He works in the investigations department of Hope and Life Insurance, processing claims. He is bored because his job lacks excitement, his marriage is unsatisfactory, and he does not get along with his wife's son. He seems fascinated by the morbid details about death he reads in coroner's reports. He also suffers from unusual physical symptoms and may have undiagnosed...

The Necessary Grace to Fall from BookRags. (c)2022 BookRags, Inc. All rights reserved.