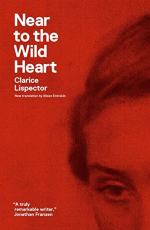 Near to the Wild Heart Summary & Study Guide

Near to the Wild Heart Summary & Study Guide Description

Near to the Wild Heart Summary & Study Guide includes comprehensive information and analysis to help you understand the book. This study guide contains the following sections:

This detailed literature summary also contains Quotes and a Free Quiz on Near to the Wild Heart by Clarice Lispector.

The following edition of this book was used to create this study guide: Lispector, Clarice. Near to the Wild Heart. New Directions, 2012. Paperback.

Near to the Wild Heart is a novel which largely describes the interior thoughts and emotions of a mysterious and alluring young woman named Joana. The different chapters of the novel do not take place in chronological order, but instead jump around to many different moments throughout Joana’s childhood and, primarily, young adulthood. The result is a collage-type effect that displays the full nature of Joana’s character.

One day when Joana is a young child, she pesters her father, who is attempting to work, saying that she is done playing and does not know what else to do. When she is an adult, she is married to a man named Otávio who, in some ways, she privately despises. Once when she was a child, she listened as her father described, to a friend, Joana’s late mother Elza, who was also a mysterious and alluring figure. When Joana’s father dies (of a cause unknown to the reader), she must move in with her aunt and uncle, who live on the beach. While Joana’s aunt deeply grieves the loss of her father, Joana does not want to be comforted by her, and privately considers her father’s death on her own.

Soon after, Joana’s aunt catches Joana attempting to steal a book. Her aunt and uncle are distraught about the theft and do not know how to handle Joana’s prickly personality. The only person who intellectually challenges Joana is her teacher, who then has a deep discussion with her about right and wrong. Joana’s aunt and uncle then decide to send her to a boarding school. Before Otávio and Joana were together, he was with a more simple-minded and conventionally romantic woman named Lídia. Even when he was with Lídia, however, Otávio was already planning on leaving her for Joana.

As a married couple, Joana and Otávio are sitting in the study of their house, with Otávio working on his academic studies on Civil Law. Joana considers leaving Otávio, but the feeling goes away when he asks her to cuddle with him. Before Joana had gotten married, she had revisited her teacher and found that he had gotten sick, fat, and had lost his intellectual edge. One morning, Otávio attempts to write more of his project from home, but is deeply bothered by Joana, even though she isn’t there. He then goes on a walk to visit Lídia, with whom he has gotten back together, and who is already pregnant with Otávio’s child.

Shortly after, Joana receives a note from Lídia, asking for her to visit. Joana does visit, already anticipating that Lídia and Otávio have gotten back together. Joana and Lídia have a tense conversation, which highlights the dramatically different nature of their two characters. Joana proposes that Otávio can be with Lídia, but she wants to have a child by Otávio before that happens. The proposal offends Lídia. As Joana leaves she goes for an aimless walk around the neighborhood when she runs into a nameless man who she had seen on her walks many times before. He invites her back to his house, and they do not do anything there, although she says she will be back. Quickly, Joana and the man begin an affair, with the man (who himself is married) being more interested in Joana’s mysterious nature than Otávio ever displayed.

Shortly after, Joana and Otávio sit again in the study, both knowing that their relationship is about to end, but unsure of how to proceed. As they talk, Joana eventually reveals she already knows Lídia is pregnant, which greatly angers Otávio. The next day, Joana receives a mysterious note from the unnamed man, which says he must go away for a while. Feeling tremendously alone in her life, Joana then decides she will use her inheritance from her father to travel. As she stands on the deck of a ship, going to a location unknown to the reader, she earnestly prays to God that her icy personality and emotional distance from others would somehow be changed.