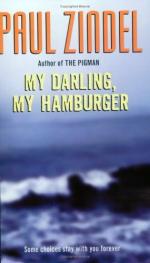 When Zindel was very young, his father abandoned the family, reducing Paul, his mother, and his sister to poverty.

Diagnosed with tuberculosis at age fifteen, Zindel was sent to a sanatorium called Stony Wold for a year and a half.

Despite these setbacks, Zindel managed to graduate from Port Richmond High School only a year late and went on to Wagner College in Staten Island, New York, where he graduated with a bachelor of science degree in 1958.

Zindel served briefly as a technical writer for a chemical company, but had little interest in the job. He returned to Wagner College, received a master of science degree, and taught chemistry at Totenville High School in Staten Island from 1959 to...