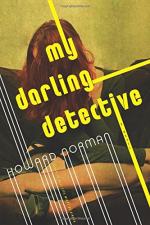 This detailed literature summary also contains Quotes and a Free Quiz on My Darling Detective by Howard Norman.

The following version of this book was used to create this study guide. Norman, Howard. My Darling Detective. Houghton Mifflin Harcourt. 2017.

My Darling Detective is a mystery novel by Howard Norman. Halifax-based art collector assistant, Jacob Rigolet, is trying to get to the truth behind a World War II-era photograph in an effort to understand his family’s dark history. When the novel begins in 1977, Jacob works for rich heiress Mrs. Hamelin, who sends Jacob out to bid at art auctions in her stead. Jacob is stunned when his mother, Nora, suddenly appears at an auction and hurls a bottle of black ink against a black-and-white Robert Capa photograph called Death on a Leipzig Balcony. In the photograph, an American soldier has been killed by a sniper, and another American soldier is trying to come to his aid. Though the photo is not damaged, Nora is taken into police custody. Jacob is surprised to see his mother at the auction, as she has been at a rest hospital following a nervous breakdown.

Nora is interviewed by Martha Crauchet, a detective who also happens to be Jacob’s fiancée. The questioning reveals little, and Jacob and Martha determine that they will get to the bottom of the attack. Martha’s pragmatic colleagues, detectives Fields and Hodgdon, discover something interesting in Nora’s police file. Nora was once associated with an ex-police officer named Robert Emil, who was believed to have committed a murder in 1945. Jacob and Martha decide more information is needed. It is discovered that the man Jacob believes to be his father –an American soldier named Bernard Rigolet who was killed two days after Capa’s photograph was taken –could not have been Jacob’s father. Bernard had already shipped out to fight by the time Nora became pregnant. Fields and Hodgdon continue to dig into the past. They discover that Emil has written a novel. Also, he has lived in twenty-three different locations in the past few years.

Meanwhile, Martha –who has no family of her own –has been visiting Nora at the rest home. At Martha’s urging, Jacob, who has grown distant from his mother, begins to reconnect. Martha becomes pregnant by Jacob. Jacob is fired from his job when he nearly accepts an auction-won item gifted to him by a suicidal competitor, prompting Jacob to go back to school to study library science.

Jacob, Martha, Fields, and Hodgdon read Emil’s novel. They discover that it is a thinly-veiled attempt to speak about the murder which Emil was convicted of because it contains details never released to the public. Emil is brought in for questioning, and seeks a lawyer. During a mix-up, Emil is released from jail. He promptly threatens to kill Fields, Hodgdon, and Martha. Shootouts ultimately lead to the death of both Emil and Hodgdon. Nora is released from the hospital. Martha gives birth to a baby girl in the Halifax Free Library, where Jacob himself was born.

It is learned that Nora did have a brief dalliance with Robert Emil. Nora explains she attacked Capa’s photograph because it brought back bad memories of what never could have been. The living American soldier in the photograph is Bernard. Nora explains she has always wondered what Bernard was thinking in those moments. She also considers Robert Emil’s reappearance in her life as punishment for attempting to destroy the photograph. Despite this, Nora is happy with Jacob, Martha, and their daughter, Nora Elizabeth. Nora looks forward to a happy life.