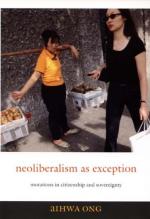 Robin Cook
This Study Guide consists of approximately 37 pages of chapter summaries, quotes, character analysis, themes, and more - everything you need to sharpen your knowledge of Mutation.

Mary is a 22-year-old secretary who works in downtown Detroit. She acts as the surrogate mother for the Franks, successfully delivering Victor Jr. ("VJ"). She was selected by the Franks, in part, because she lives in Michigan, the only state which allows pre-birth adoptions. She receives a large sum of money for her services, which she uses to pay off debts incurred by her mother's illness.

After acting as the surrogate mother, Mary vanishes for most of the novel, reappearing only towards the end when VJ hires her to be his assistant. She seems completely enthralled by VJ's abilities and appears to completely trust him.

Marsha is the wife of Dr. Victor Frank and the mother of David and VJ. Marsha is a practicing child psychiatrist with a thriving practice. She has been married to Victor for sixteen years. Marsha has not fully recovered from...

More summaries and resources for teaching or studying Mutation.