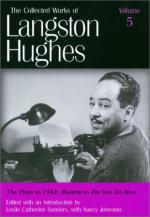 Fred Higgins, a local politician, is a friend of Colonel Norwood's and a man who believes in the racial superiority of whites. Higgins comes to warn Norwood that Robert has been causing trouble in town, and warns Norwood that Robert's actions might lead to his death. Higgins also criticizes Norwood's relationship with Cora, saying that it is okay to have sex with her, but that living with her like he has been is a scandal. Unlike Norwood, Higgins rules over his African American workers with an iron fist.

Cora Lewis is the black housekeeper and mistress of Colonel Tom Norwood, with whom she has four living mulatto children. Cora first met Norwood when she was fifteen years old, when he first had sex with her. When Norwood's wife died, Cora, who was already pregnant with William, moved into the Big...