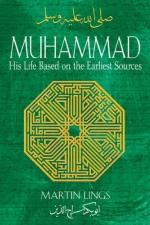 Muhammad: His Life Based on the Earliest Sources Summary & Study Guide

Martin Lings
This Study Guide consists of approximately 34 pages of chapter summaries, quotes, character analysis, themes, and more - everything you need to sharpen your knowledge of Muhammad.

Muhammad: His Life Based on the Earliest Sources Summary & Study Guide Description

Muhammad: His Life Based on the Earliest Sources Summary & Study Guide includes comprehensive information and analysis to help you understand the book. This study guide contains the following sections:

This detailed literature summary also contains Topics for Discussion and a Free Quiz on Muhammad: His Life Based on the Earliest Sources by Martin Lings.

In Muhammad: His life Based on the Earliest Sources, Martin Lings traces the life of Muhammad, the founder of Islam. Using ancient sources, Lings discusses Muhammad's life from his birth to his death, including the revelations that Muhammad receives from God and the opposition to Islam with which Muhammad and his followers had to contend. Lings paints an image of life in ancient Mecca and how Islam changes the relationships and daily life of the individuals in the region.

From before his birth, Muhammad is set apart as special and different. His mother hears a voice proclaiming that his name should be Muhammad and that he would be protected by God. He grows up loved by those around him, although his mother and grandfather die before Muhammad reaches the age of ten. Muhammad is taken in by his uncle's family, helps earn money for them, and marries. Then, one day on a spiritual retreat, Muhammad is visited by an angel and then by the Archangel Gabriel. From that time on, Muhammad receives revelations from God, forming the basis for the Islamic religion. He receives God's instructions on how individuals should live and how they should practice their religion, including how they should pray and purify themselves.

As word spreads of Muhammad's revelations and gifts, individuals begin to convert to Islam. At first the Arab tribes and Jews are fairly tolerant, although they may not agree with Muhammad or his message. As more and more people choose to follow Muhammad, however, tensions begin to rise. The Quraysh who live in Mecca become increasingly intolerant, partly because they see relatives and tribesmen choosing Muhammad over their traditional religious practices. Individuals like Abu Jahl try to make life unpleasant for the converts, using tactics like ridicule and torture. Muhammad encourages his followers to emigrate to safer areas, including Abyssinia, Yathrib, and Medina. When the Quraysh plot against his life is revealed, Muhammad escapes Mecca and emigrates to Medina. He makes a covenant with the Jews at Medina, promising equality for both groups and help for each other in times of battle.

After several more raids and skirmishes, the Quraysh decide to attack Medina. The Muslims go out to meet them but are forced to retreat to a safe spot. Knowing that the Muslims now hold an advantage because of their position, the Quraysh leader and Muhammad agree to meet the following year in Badr, the site of the first battle between the two groups. The Quraysh, however, do not show up for this meeting and later decide to attack Medina. Muhammad hears about the plans and the people construct a trench around Medina to protect it. The Quraysh retreat and go back to Mecca.

Finally, a truce is arranged between the Muslims and the Quraysh. Muhammad and his followers are allowed into Mecca to perform a Lesser Pilgrimage. When the Quraysh break the agreement, Muhammad gathers his forces and conquers Mecca. His army also conquers a neighboring group as well. Muhammad receives revelations from God throughout this time and as his life draws to a close, he continues to impart this wisdom to his followers. Muhammad is given a choice by God to go to God or remain with his followers. Muhammad chooses God and dies. He is buried in the spot that he died.

More summaries and resources for teaching or studying Muhammad: His Life Based on the Earliest Sources.

Muhammad: His Life Based on the Earliest Sources from BookRags. (c)2022 BookRags, Inc. All rights reserved.