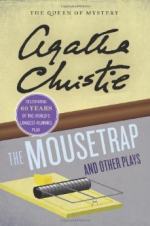 Books Like The Mousetrap by Agatha Christie | Suggested Reading

Tom Stoppard's The Real InspectorHound(1968) is one of several parodies of The Mousetrap. Stoppard employs many of the familiar Christie elements of the mystery play: the setting, the plot, the country house. And like Christie, Stoppard relies up an unexpected plot twist to keep the audience guessing.

The evolution of the mystery play is evident in Anthony Shaffer's Sleuth (1970). Shaffer relies on illusion to replace the central themes of victim, murderer, and detective. Rather than simply trying to analyze the clues and solve the puzzle, audiences must first try to determine exactly what has happened. Little is as it appears initially.

Ira Levin's Deathtrap (1978) is another play that relies on illusion to fool an audience that cannot rely upon character, setting, or language to provide the necessary clues to solve the mystery.

Ten Little Niggers (1943) is another Christie play that...