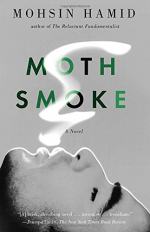 The city of Lahore is the primary setting in Mohsin Hamid’s novel Moth Smoke. The most frequent narrator (Darashikoh) lives in Lahore, where his best friend Aurangzeb also resides with his wife and son. During the novel’s present, Pakistan is experiencing nuclear tests and is involved in a “nuclear race” (146). By Chapter 15, nuclear sanctions are imposed on Pakistan, leaving individuals in Lahore scrambling for their money, with exchange rates skyrocketing. Even before this event, Darashikoh and other characters describe the city as highly affected by corruption, with the city’s cops explicitly described as “corrupt” (202). Jobs are also scarce, leaving many unemployed including Darashikoh. Crime is high with no sign of improvement.

A courtroom is the setting for several chapters in Hamid’s novel. Though it is never explicitly defined as a setting, it can be inferred through analysis of the text. For example...