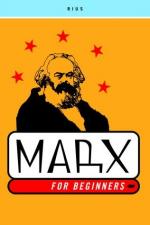 Rius
This Study Guide consists of approximately 27 pages of chapter summaries, quotes, character analysis, themes, and more - everything you need to sharpen your knowledge of Marx for Beginners.

This detailed literature summary also contains Topics for Discussion and a Free Quiz on Marx for Beginners by Rius.

Marx for Beginners by Rius is an introduction to and summary of the life and work of Karl Marx. Marx's philosophical, economic, and historical works have influenced almost every aspect of society in some way. Rius discusses Marx's education, influences, works, life, and impact on society. He also focuses on three aspects of Marx's work: the philosophy of Marx, his economic ideas, and historical materialism.

Marx was born in Germany on May 5, 1818 to a well-to-do Jewish German family. He studied law at Bonn University and philosophy at the University of Berlin. It was at the University of Berlin that he encountered the work of Hegel, who would be one of Marx's greatest influences. Marx worked on several newspapers and magazines during the 1840s, but the governments of Europe were not happy with the radical nature of the Marx's political journalism and they shut down his papers, tried him for inciting armed rebellion, and expelled him from their countries. Marx moved with his family to London, where the family would struggle in poverty. They relied on friends and supporters for money, but they often went without medicine, enough food, and paper for Marx to write on. Marx died in 1883 at the age of 65. Throughout his life, very few of his contemporaries were aware of Marx's work and it had little impact on the society around him. It was not until after his death that Marx's work would greatly influence the world.

A number of philosophers and thinkers influence Marx's work. The immediate two are Kant and Hegel, who are part of a long tradition of thinkers seeking to understand the big questions of life. Philosophers before Kant and Hegel included Plato, Socrates, Aristotle, Vico, Descartes, and Locke. Through his work, Marx takes the foundations of these philosophers, particularly Hegel, and turns them on their heads. In addition, rather than replicating the abstractness that permeated philosophy, Marx wants to create more practical theories and solutions that will help the working class escape exploitation.

Marx produces a number of works during his lifetime, both alone and with his friend, Frederick Engels. These two collaborate on two of Marx's most famous works, the Communist Manifesto and Capital. The Communist Manifesto is written for a secret society in Germany and it is a direct appeal to the workers of the world to unite against the ruling class that is exploiting them. Capital outlines Marx's economic theories and two of the volumes are finished by Engels, using Marx's notes. These two works, along with Marx's other writings, can be summed up by three themes: the philosophy of Marx, his economic doctrine, and the historical materialism of Marx.

In responding to other philosophical theories, Marx argues that the feudal state has turned into a capitalist one. He believes workers have become alienated from their work, from the products that they produce. Men receive a wage for their labor, but they are deprived of the actual good. Capitalists impose on workers the type of work that they will do, the method they will use, and how quickly it will be done. Man becomes a sort of machine, which leads to his exploitation. Marx calls the class of workers the proletariat and he sees this group in a class struggle with the owners or capitalists. The capitalist system has as its sole aim profit, which can only be gained by exploiting the working class.

Marx's philosophical ideas lead directly to his economic doctrine. He wants to do something proactive about the working class misery that he sees all around him. The Communist Manifesto sums up much of Marx's active doctrine. In it, he and Engels argue that capitalists make profit off labor by paying workers less than the value of their labor. They believe that the only way to end the misery and exploitation of the working class is to move society from capitalism to socialism. To do so, workers need to unite with each other against the capitalists through unions, political parties, and ultimately, revolutions.

Finally, Marx also puts forth a theory of historical materialism, which argues that history is created by man. As time passes, individuals build and improve on the tools that they have been left by previous generations. He also argues that mankind moves through five stages: primitive community, slave state, feudal state, capitalism, and socialism. While he sees the shift from capitalism to socialism as inevitable, he also believes that the working class will have to make this change happen. Capitalists who are invested in keeping their private means of production will resist this change and the only way to make it happen is to force it to happen.