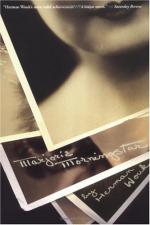 Herman Wouk
This Study Guide consists of approximately 39 pages of chapter summaries, quotes, character analysis, themes, and more - everything you need to sharpen your knowledge of Marjorie Morningstar.

This detailed literature summary also contains Topics for Discussion and a Free Quiz on Marjorie Morningstar by Herman Wouk.

Marjorie Morgenstern is a typical "Jewish princess," living in a large opulent apartment, overlooking Central Park. Her immigrant parents have provided well for their children and are looking forward to solid futures for their children—a profession for Seth and an appropriate marriage for their daughter. Marjorie, however, has plans of her own. Typical of most teenagers, she sees her mother as controlling and domineering, attempting to manage every aspect of Marjorie's social life, including "arrangements" of encounters with young Jewish men who are destined to become professionals and who have respectable parents of means. At Hunter College, Marjorie begins her dream of a career in the theatre, starring in rather amateurish productions in which she shines. Here, she meets Marsha, part of the production crew and a girl of whom Rose Morgenstern disapproves, and together they spend the summer as camp counselors. Marsha introduces Marjorie to the adult life of South Wind and to Noel Airman, a man with whom Marjorie becomes obsessed. Despite her parents' objections, Marjorie pursues Noel doggedly, discarding a host of "acceptable" potential husbands, while Noel experiences failure in virtually every aspect of his life. His one musical production is a complete failure, he is unable to maintain regular employment, and becomes increasingly unstable, as he moves in and out of Marjorie's life at will.

Unable to accept Noel's final departure from her life, during which he leaves for Paris to pursue the study of philosophy, Marjorie's obsession is ultimately accepted by her parents, and she is sent on the Queen Mary to locate him and bring him "back to his senses." During the voyage, she encounters Mike Eden, an older man who has discarded the teaching of psychology for the pharmaceutical business but who, in the course of his business, works for an anti-Nazi organization and successfully rescues Jewish families from Hitler's Germany. Though Mike does not discourage Marjorie from her quest to find Noel, and, in fact, locates him for her, he impacts Marjorie's life significantly. She now realizes that there is an entire world of people, especially men, who accomplish great things and have who have unselfish goals and purposes in life. When this realization is contrasted with the Noel she finds in a shabby Paris apartment, living off of yet another woman, it is easy for Marjorie to reject his marriage proposal, return to the States, and confront reality. For Marjorie, that reality is marriage to a lawyer, a move to the suburbs and the parenting of four children. In the end, as Wally Wronken, a man who has always maintained an unrequited love for her, so aptly states, Marjorie Morgenstern is a pretty, yet completely ordinary woman who has taken her appropriate place in life.

More summaries and resources for teaching or studying Marjorie Morningstar.