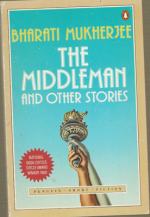 Additional Resources for The Management of Grief by Bharati Mukherjee

A concise critical study of the various stage of Mukherjee's fiction writing, and her psychological transformation from expatriate to immigrant.

A convincing, personal and political argument against Canada's official policy of multiculturalism.

A casual and informative interview with Mukherjee and husband Clark Blaise. Conducted in the Thanksgiving of 1989, shortly after the publication of Jasmine. Mukherjee and Blaise discuss a range of Mukherjee's work including non-fiction co-authored with Blaise, Days and Nights in Calcutta (1977) and The Sorrow and the Terror (1987). Mukherjee also discusses her political and personal vision of fiction writing.