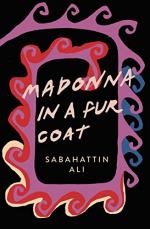 Madonna in a Fur Coat Summary & Study Guide includes comprehensive information and analysis to help you understand the book. This study guide contains the following sections:

This detailed literature summary also contains Quotes and a Free Quiz on Madonna in a Fur Coat by Sabahattin Ali.

The following version of this book was used to create this study guide: Sabahattin, Ali. Madonna in a Fur Coat. Penguin, 2016. Kindle AZW file.

Madonna in a Fur Coat tells the story of a Turkish man named Raif Efendi who stirs an interest in one of his colleagues, the unnamed narrator, to find out more about him. Upon becoming closer to him, the narrator gains the opportunity to read a diary written by Raif revealing an emotionally intimate and intense relationship with a painter named Maria Puder that occurred when Raif was a young man living in Berlin.

At the outset of the novel, the narrator is unemployed and beginning to isolate himself from everyone around him as a result of his joblessness. An old classmate of the narrator’s, named Hamdi, offers the narrator a job that the narrator accepts despite his misgivings about the work and about Hamdi’s condescending attitude. The narrator begins his new job and shares an office with a man named Raif Efendi who has worked at the firm for several years without advancing. Although everyone treats Raif with disrespect, the narrator becomes intrigued by him and seeks to get to know Raif better. During one of Raif’s frequent bouts of illness, the narrator visits him at his home and sees how little affection and respect is shown to Raif by his family. Raif asks the narrator to collect his things from his desk. The narrator discovers a notebook in Raif’s desk that Raif asks the narrator to burn. The narrator pleads with Raif to allow him to read the contents of the notebook before he destroys it. Raif agrees.

Raif’s diary begins in 1933 and states that the day beforehand, Raif had an experience that changed his perspective on the past ten years of his life. Raif explains this occurrence by detailing his life up until this point. Raif was a shy child who did not enjoy his school years. After World War One, he enrolled at the Academy of Fine Art in Istanbul but dropped out. His father sent him to Berlin to research the German soap industry so that Raif could one day take over his father’s business.

In Berlin, uninspired by his work at the soap factories, Raif began to devote himself to reading and wandering the city visiting museums and art galleries. One day at an art gallery he was overcome with emotion after seeing a painting he referred to as the Madonna in a Fur Coat, a self-portrait by a painter named Maria Puder. Raif returned to the gallery every day to stare at the painting. One day a woman asked him why he liked the painting so much. Fearing she was mocking him, Raif left the gallery and never returned.

Walking the city one night, Raif saw the woman from the painting in real life. He returned to the same spot the next night hoping to see her again and was successful. He followed her to a nightclub where she worked as a singer. After her performance the woman, Maria, told Raif that she was the woman who had spoken to him in the gallery that day. Maria and Raif began to spend lots of time together but Maria insisted she only wanted to remain friends. On New Year’s Eve, after Maria had been walking outside without her coat, Maria and Raif had sex. The next morning, Maria told Raif she could not love him and did not want to see him again.

A few days later, Raif discovered that Maria had fallen ill after catching a chill on New Year’s Eve and had been hospitalized. He waited outside the hospital all night until visiting hours began. Maria was released from the hospital a month later and Raif nursed her back to health. Maria was overcome by Raif’s devotion to her and told him that she loved him. Raif received a telegram from Turkey telling him that his father had died and he must return home. Maria and Raif parted ways but agreed that they would marry as soon as Raif sent for Maria.

Back in Turkey, Raif became anxious when Maria stopped replying to his letters. When his letters were returned to him uncollected he concluded that Maria had changed her mind. Raif descended into a life of bitterness and despair after resolving to never become emotionally intimate with another person again. Ten years later, he bumped into someone in Turkey whom he had known in Berlin. She told Raif that Maria had died and that she had a daughter with a Turkish man, but they had never been able to identify the father. Raif realized that he had spent his life in emotional isolation for no reason.

The narrator finished reading the diary and was informed that Raif Efendi had died.

Madonna in a Fur Coat from BookRags. (c)2022 BookRags, Inc. All rights reserved.