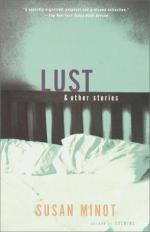 Many of the primary characters in the collection are not named. Many of these unnamed characters are not well developed. How does this lack of personal details function within the narrative?