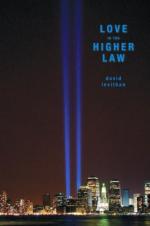 David Levithan Writing Styles in Love Is the Higher Law

David Levithan
This Study Guide consists of approximately 17 pages of chapter summaries, quotes, character analysis, themes, and more - everything you need to sharpen your knowledge of Love Is the Higher Law.

Love is a Higher Law is written in the first person singular. What makes the novel slightly unusual is that instead of just one person speaking, the perspective rotates, so that each character has a turn to tell their story with their own voice.

A big advantage to this means of storytelling is that it allows the reader to really get into the head of the person who is sharing their story. Claire's restlessness, Jasper's desire to reach out even though he is unable, and Peter's desire for significance are all revealed as each of the characters...

More summaries and resources for teaching or studying Love Is the Higher Law.

Love Is the Higher Law from BookRags. (c)2022 BookRags, Inc. All rights reserved.