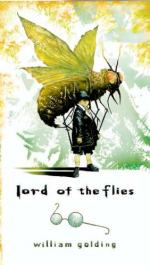 Lord of the Flies - Chapter 10, The Shell and the Glasses Summary & Analysis

Ralph and Piggy discuss the dwindling of their group. Only Sam and Eric remain of the big kids as well as most of the smaller kids. They also discuss the feast and what happened to Simon. Ralph feels guilty because he joined in on the beating without really understanding what was happening. Piggy does not like taking about it and keeps telling Ralph to stop.

The boys of Jack’s tribe are fixing up the castle for a fort and playing around. Jack has begun enforcing some of his rules. Jack is much more ruthless that Ralph, beating some of the boys for infractions that he does not feel inclined to explain to anyone. These boys also talk about the beating of Simon, but they lay the blame on Simon himself rather than themselves for Simon’s death.

(read more from the Chapter 10, The Shell and the Glasses Summary)