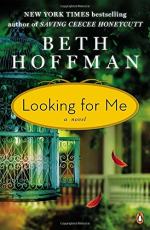 Looking For Me Summary & Study Guide

Beth Hoffman
This Study Guide consists of approximately 45 pages of chapter summaries, quotes, character analysis, themes, and more - everything you need to sharpen your knowledge of Looking For Me.

Looking For Me Summary & Study Guide includes comprehensive information and analysis to help you understand the book. This study guide contains the following sections:

This detailed literature summary also contains Quotes and a Free Quiz on Looking For Me by Beth Hoffman.

"Looking for Me" opens up with the protagonist, Teddi, visiting her mother in Kentucky. Teddi works in an antique shop in South Carolina. She’s visiting her mother because she’s hoping to repair their damaged relationship. Teddi’s mother has never been up to visit her before, always coming up with some excuse. She constantly criticizes Teddi decisions to start her own antique shop.

Teddi eventually reveals through flashbacks why her mother is so bitter towards her. When she was younger, Teddi’s mother kept pushing for her to become a secretary because she thought it was a safer and reliable job. Instead, Teddi ran away from home thanks to money and car provided by her father. Teddi was able to get a job selling antiques and eventually started her own business.

Teddi kept returning to see her family. One year, she witnessed someone abusing a dog. This greatly offended Teddi’s brother, Josh. Josh grew up feeling a close connection to nature. He’s always been very protective of the woods and hates anyone that threatens nature. After hearing about the abuse he tried to rescue the dog, but he was too late and it died on his way back.

Josh is disturbed by what happened and ends up running away from home, just like Teddi had years ago. Nobody ever hears from Josh, and the rest of the family assumes that he’s dead. Teddi believes that he’s alive, and she keeps leaving messages for him in the woods were they used to play and explore as a child. Teddi gets further evidence that Josh is alive when she hears about a vigilante that patrols the woods and goes after poachers and anyone else that threatens the environment.

Before Teddi is able to repair thing with her mother, she passes away. Teddi is devastated and doesn’t know what to do with the family farm. She ends up giving it away to a young family that wants to turn the farm into a clinic. While all this is happening, Teddi has to deal with her business, as well as the fact that she’s getting older and feels like something is missing from her life.

Teddi ends up falling in love with Sam, the adopted son of a frequent shoplifter at Teddi’s store. Teddi quickly falls for Sam, and the two enter into a relationship. Teddi’s life is improving, but she’s thrown through a loop when she hears about the vigilante acting in Kentucky again. The book ends with Teddi receiving a box full of items from Josh, artifacts from their childhood. She’s finally able to say goodbye to her brother, realizing that he’s doing what he wants in life by living in and defending the woods.

More summaries and resources for teaching or studying Looking For Me.

Looking For Me from BookRags. (c)2022 BookRags, Inc. All rights reserved.