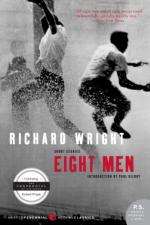 Introduction & Overview of The Man Who Lived Underground

Richard Wright
This Study Guide consists of approximately 54 pages of chapter summaries, quotes, character analysis, themes, and more - everything you need to sharpen your knowledge of The Man Who Lived Underground.

The Man Who Lived Underground Summary & Study Guide includes comprehensive information and analysis to help you understand the book. This study guide contains the following sections:

This detailed literature summary also contains Bibliography on The Man Who Lived Underground by Richard Wright.

"The Man Who Lived Underground," Richard Wright's story about a man who makes a home in city sewers after he is falsely accused of a murder, was first published in the journal Accent in 1942. It was originally written as a novel, but Wright could find no publisher for it and shortened the story to a length that would be suitable for a magazine. Two years later, the editor Edwin Seaver, a friend and admirer of Wright, included a longer version in an anthology, Cross Section. In 1960 the anthologized version of the story was included in Wright's collection Eight Men. Since that publication, the story has been consistently and widely anthologized and discussed. Wright did not live to see the ultimate success of his story, having died two months before Eight Men appeared.

The story concerns Fred Daniels, an African American falsely accused of killing a white woman. As he attempts to make a new life in the sewers, he examines his assumptions about guilt and innocence and comes to believe that people are inherently guilty and isolated from one another. These themes, as well as the exploration of life in a large city, are common in Wright's work.

Many readers have seen in "The Man Who Lived Underground" influences of Russian writer Fyodor Dostoyevsky's 1864 philosophical novella "Notes from Underground." Others compare the sewer scenes to those in Victor Hugo's classic French novel, Les Miserables. Wright, largely self   educated but widely read in world fiction, used the themes and settings of these important European works to present a story that had not yet been told: the story of urban African Americans.

More summaries and resources for teaching or studying The Man Who Lived Underground.

The Man Who Lived Underground from Gale. ©2005-2006 Thomson Gale, a part of the Thomson Corporation. All rights reserved.