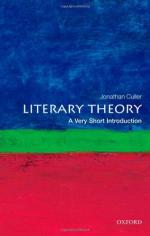 Cultural studies have their roots in two sources. The first is French structuralism which organizes culture into a set of practices defined by its rules or conventions. The second source is Marxist literary theory which attempts to recover voices from the past, writing history from below. This theory intersected and melded with another Marxist product, European Marxist theory, which analyzes mass culture as opposed to popular culture.

Cultural studies as a whole have a duality. On the one hand, they seek to learn what is important in the...

(read more from the Chapter 3, Literature and Cultural Studies Summary)