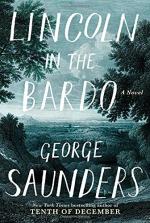 Lincoln in the Bardo: A Novel Summary & Study Guide

George Saunders
This Study Guide consists of approximately 39 pages of chapter summaries, quotes, character analysis, themes, and more - everything you need to sharpen your knowledge of Lincoln in the Bardo.

Lincoln in the Bardo: A Novel Summary & Study Guide Description

Lincoln in the Bardo: A Novel Summary & Study Guide includes comprehensive information and analysis to help you understand the book. This study guide contains the following sections:

This detailed literature summary also contains Quotes and a Free Quiz on Lincoln in the Bardo: A Novel by George Saunders.

The following version of this book was used to create this study guide: Saunders, George. Lincoln in the Bardo. Random House, 2017.

Lincoln in the Bardo is a novel based on the true story of the death of William Wallace “Willie” Lincoln, a son of United States President Abraham Lincoln. In 1862, Willie Lincoln died of typhoid fever at the age of 11. The novel opens in the bardo, which is an intermediary state between life and the afterlife. Willie Lincoln materializes in the bardo and is greeted by Hans Vollman—a deceased printer who was killed at the age of 46 by a falling support beam—and Roger Bevins III—a young man who took his life after being rebuffed by a young man named Gilbert with whom Bevins was in love.

Through the use of real and invented historical sources, the novel relates the story of Willie’s death. The doctor believed that Willie was merely sick with a cold and would soon recover. Thus, Abraham Lincoln and Mary Todd Lincoln proceeded with the state dinner they had planned. In the White House, they entertained many important diplomats, politicians, and military officers while Willie lay sick in his bed. Willie died not long after this night, as it turned out that he was sick with typhoid fever.

In the bardo, everyone that Willie meets is a person has died and been buried in the same cemetery as Willie, and even though they are in the bardo, they are able to view the cemetery around them. They also believe that they are not dead but merely sick. However, Vollman and Bevins encourage Willie to pass on to the next stage of the afterlife, as they know that the bardo is a dangerous place for young people. They knew a young person in the bardo—a young woman named Elise Traynor—who stayed in the bardo for too long and became trapped there forever. However, before Willie decides to pass on, his father arrives in the cemetery and looks at Willie’s body in the mausoleum where it lies. Lincoln hugs the body and speaks to it before leaving. This gives Willie and the other people in the bardo hope that Willie may be able to return to his former state with the help of his father. The people of the bardo tell Willie their stories so that he may help them once he has returned to his life.

However, Willie is soon grabbed by a malevolent tendril, as had happened to Elise Traynor when the bardo began to consume her. Vollman and Bevins follow Lincoln, merge with him, and try to get him to return to Willie’s mausoleum so that Willie can either be saved by his father or be convinced to pass on to the next stage of the afterlife. Lincoln returns to the mausoleum because he realizes he forgot to lock it. While Vollman and Bevins are away from the mausoleum, Willie converses with the Reverend Everly Thomas, another occupant of the bardo. It is revealed to the reader that, unlike the other people in the bardo, Reverend Thomas actually knows that he is dead. However, when he died and sat for judgment in the afterlife, he was cast back into the bardo for some inscrutable reason. Reverend Thomas believes that it is because he has committed some unrealized sin that he must account for.

Abraham Lincoln arrives at the mausoleum again to lock it. Vollman and Bevins urge Willie to merge with his father to hear his thoughts, but before Willie can do so, Abraham Lincoln begins to walk away. Then, more tendrils burst from the ground to grab Willie. They are possessed by the spirits of unrepentant sinners. Hearing these voices describe their crimes without remorse, Reverend Thomas becomes more confident in his own sense of morality, and he tricks the tendrils into letting go of Willie for a moment. Thomas then grabs Willie and attempts to run with him to safety. The tendrils knock them down, and Thomas is rewarded for his bravery by being allowed to pass into the next stage of the afterlife. Vollman then picks up Willie and brings him to the cemetery’s chapel, where his father sits.

In the chapel, Willie merges with his father and realizes that he is dead. He declares this to the other people of the bardo and then passes on to the next stage of the afterlife. At the same time, Lincoln is able to overcome his grief for his son, and he recommits to his resolutions as President in the midst of the Civil War. Greatly affected by Willie’s pronouncements, many more inhabitants of the bardo accept the fact of their deaths and allow themselves to pass into the afterlife. This includes Vollman and Bevins.

More summaries and resources for teaching or studying Lincoln in the Bardo: A Novel.

Lincoln in the Bardo: A Novel from BookRags. (c)2022 BookRags, Inc. All rights reserved.