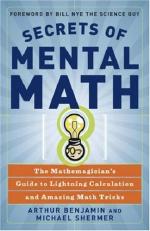 Dean Koontz
This Study Guide consists of approximately 42 pages of chapter summaries, quotes, character analysis, themes, and more - everything you need to sharpen your knowledge of Lightning.

This detailed literature summary also contains Topics for Discussion and a Free Quiz on Lightning by Dean Koontz.

January 12, 1955, was a gray day, and twilight found Dr. Paul Markwell drinking heavily, though he was on call at County General. He is very drunk by the time he's called to County General because his patient, Janet Shane, is in labor and is in trouble. Markwell notes that he's too drunk to respond but will anyway, figuring that sooner or later he will make a serious medical mistake; he waits for the day with a "perverse" pleasure. Lightning strikes just feet from his house as he gets into his car and he cringes, thinking it an omen. The lightning accompanied a time traveler, Stefan, from the year 1944. He is part of an experiment in Berlin, Germany, under Hitler, in which he's using time travel to predict outcomes of specific battles and to steal technologies from the future, all in an attempt to win the war. Stefan prevents the doctor from going to the hospital because he's seen Laura's future and knows that Markwell's mistake will put Laura, the baby that Janet delivers, in a wheelchair for the rest of her life. Another doctor handles the delivery and Laura is healthy. Several years pass, and Laura and her father, in their small grocery store, are being robbed by a junkie, who is now intent on raping Laura. Stefan, knowing that Laura and her father will be murdered, appears just as the robbery takes place and kills the junkie. At both events, another time traveler, Kokoschka, looks on and wonders about Stefan's interest in the girl. He believes it has something to do with the fact that Stefan has turned traitor, but in actuality, Stefan has fallen in love with Laura.

Over the coming years, Laura's father dies of a heart attack, and Laura lives in an orphanage, making friends with twins Thelma and Ruth Ackerson. It's there that another pedophile, Sheener, becomes obsessed with Laura. Stefan beats the man to a bloody pulp and warns him away. He does leave Laura alone for awhile, then she's placed in a foster home with a wonderfully loving couple, though the wife, Nina, has a heart condition. Sheener attacks Laura one day at her new home, and she stabs him with a broken glass, killing him. Nina walks in on the scene and dies of a heart attack, sending Laura back to the orphanage, where she lives out the rest of her childhood.

As an adult, Laura begins to write and soon attracts the attention of a wonderful man, Danny Packard. They fall in love and marry. Laura writes several books, the second is a booming success that makes them financially secure for the rest of their lives. They have a son, Chris, but are told Laura can't have any more children. Then Stefan reappears, this time warning Laura, Danny and Chris off a particular highway just before a pickup comes careening out of control and slams into their car. Though Laura thinks her "guardian angel" has saved them, they are quickly attacked by a gunman - a man from Stefan's time, who has tracked him to this point. Danny is killed, though Stefan kills the gunman as well. Stefan promises to return in a few hours but miscalculates and doesn't come back for an entire year.

Just before he leaves Laura after Danny's death, Stefan says that there might be more following him. Knowing the police won't believe the truth, Laura tells police that her family happened upon an apparent drug deal, and Danny was shot by drug dealers. She spends the next year preparing for anything, learning self-defense and arming herself. When Stefan returns, he is followed and it's Laura who protects the three of them, while Stefan recovers from a bullet wound.

As he recovers, Stefan makes plans to return to his own time to destroy the time travel building in order to stop the project, which is funded by Hitler and being used by his soldiers to improve his chances at winning the war. Stefan succeeds, though almost at the cost of Laura's and Chris's life. Though Laura says that Stefan will never replace Danny, she does come to love him.

More summaries and resources for teaching or studying Lightning.