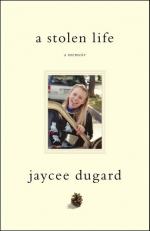 The first novel of Nigerian writer Chinua Achebe, Things Fall Apart (1958), is today a modern classic. It explores the clash of traditional Igbo life with colonial missionaries and colonial government. Okonkwo, the leader of his community, is banished for seven years after accidentally killing a clansman but then returns from exile to find the intrusion of colonial society into the tribe.

Bessie Head's autobiographical novel, A Question of Power (1973), takes as its heroine a disoriented, paranoid woman who survives a mental breakdown through willpower. It is considered by many scholars to be her most unusual but most important work.

Doris Lessing is a British writer who grew up in Southern Rhodesia (now Zimbabwe). In writings such as Going Home (1957) and African Laughter: Four Visits to Zimbabwe (1992), she reflects on the African community.

Buchi Emecheta is a Nigerian writer. Her first...