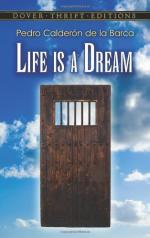 1600s: People often consult the stars to help them decide how to act and to see into the future.

Today: Many people still consult professional astrologers or look up their horoscopes in the newspaper to find out about their love lives or to determine favorable times to travel or make business deals.

1600s: Gender identity is clearly signified by the clothing that members of each sex wear.

Today: Male and female fashions often overlap, although women are far more likely than men to wear attire traditionally identified with the opposite gender.

1600s: In Spain, the books people read and the plays they see must be approved by ecclesiastical authorities. Failure to comply...

Life Is a Dream from BookRags. (c)2022 BookRags, Inc. All rights reserved.