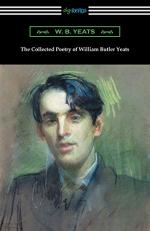 Leda and the Swan Discussion Questions

Research the different forms of the Leda myth as they are told in ancient Greek sources. Examine how the story is represented in various paintings and sculptures from classical to modern times. 

Find examples of sonnets written in the sixteenth, seventeenth, and eighteenth centuries and compare their themes and structures to those used by Yeats in "Leda and the Swan." What are the main similarities among the poems? What are the major differences?

In Greek mythology, Zeus took the form of a swan to seduce Leda and transformed himself into a bull to win over the princess Europa. Investigate similar accounts of such metamorphoses in myths from other traditions, including those of Africa, Asia, and the Middle East.