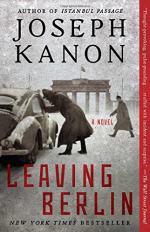 Erich’s interview airs on the radio in the morning.

Alex meets Dieter in the Garden and tells him about the car that tried to run him off the road last night. He asks him if he will go to see Irene in the hospital and tell her to stay there for her safety. Alex also borrows Dieter’s gun, assuring him that he does not plan on needing to use it.

Alex heads back through the city, stopping around the corner from Markus’ office where he sees Roberta having coffee with him outside. He is struck by “Markus and his coffee cups multiplying because there would never be enough. And after a while Roberta would forgive herself. They all would. It was just the way things were. Remember this...this was the future” (340). He continues on to the Kulturbund.