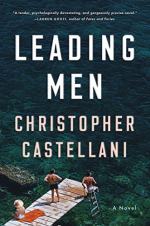 After the death of Jack Burns, Frank describes life as a jigsaw puzzle; the symbol conveys the idea that fate is unavoidable and associated with choices made in one’s past. Regardless of how someone attempts to solve a jigsaw puzzle, or go about life, the results come together in the exact same way. Jack died at the age of 36 as a washed up drunk who had not valued his health; similarly, Frank smoked cigarettes throughout adulthood and consulted a doctor much later than he should have, resulting in his death at 40 due to lung cancer.

The bathing suits Anja and Bitte wear at Paraggi beach symbolize the blank slates the women have made of their lives after having left Sweden. Frank has the desire to paint their bathing suits with colored ink, just as he wants to introduce Anja to new...